2014 was a fairly uneventful year queue wise- we were in the in the queue super early and so had the joy of the music and drunk people from the night club opposite. At one point a *very* drunk man came and sat with us and chatted for ages about how he was Michael Balls son, telling us all about his life. We were soon left to sleep and by the time we woke up the queue was getting pretty impressive behind us. This year we didn’t get moved on, as we kept all the fire exits clear and rubbish to a minimum. They did come out and check on us every now and again throughout the day but for some reason this year they didn’t seem to mind. Saturday night passed with awful music and more drunk people; and by Sunday morning  the queue was looping around the entire theatre.

END_OF_DOCUMENT_TOKEN_TO_BE_REPLACED

Ahhh 2013, the year in which the weather decided that we had had it too good last year and gave us two years worth of weather in the space of 2 hours. RAIN AND SNOW!

Queueing was a little less dramatic this year, we arrived super early Saturday morning ( it was more still Friday night lol) and set up for the long wait. The queue was sent away at one point but as we were the front of it we were allowed to keep a list until we were allowed back, and people HAD to come back. If they weren’t there by the time we a settled in for the night they got crossed off – no sneaking in and pretending you’ve been there all night.

END_OF_DOCUMENT_TOKEN_TO_BE_REPLACED

The UK premiere for The BFG took place in Leicester Square on Sunday 17th of July. I have never been to a Sunday premiere so wasn’t hugely sure what to expect in regards to timing and busyness.

My friend Aimie, who I have known since 2011 when we met at the Sherlock Holmes Game of Shadows Premiere, was going to be “camping” out overnight for the wristbands at 6am. Because of the early wristband handout she had to camp as public transport that early on a Sunday – Nope.

So I decided to keep her company. At the time I knew I’d be moving back to Norfolk in the next month or so ( actually in 2 weeks I have discovered as I am writing this) so thought this would be a good little premiere to go out on.

The BFG is one of my favourite childhood books. The copy that I still have at my parents house is falling apart it’s been read so many times. For this occasion, I bought a nice hardback special edition from Waterstones to get signed. 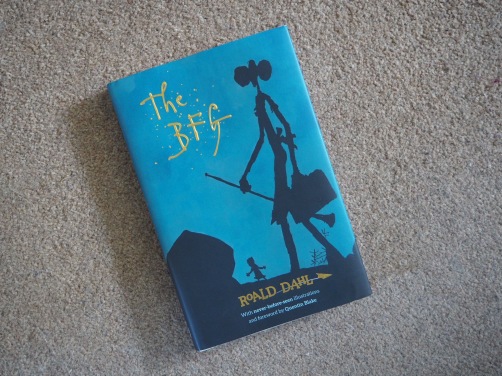 END_OF_DOCUMENT_TOKEN_TO_BE_REPLACED

I don’t do as many red carpets as I used to. Partly because I work full time and partly because the queueing thing has got way out of hand – the two combined make it quite difficult.

There are however some exceptions, in which I make the effort and book the time off work for. One is the BAFTAs, the other is Marvel premieres.

I was unsure up until the last minute whether I was going to do the Captain America Civil War premier, due to my never ending ankle injury. But when it was announced that they were giving out the wristbands two days before the premiere I decided that I would – as it would give me plenty of rest time between queues.

We queued outside Westfield Shepards Bush overnight on Saturday, luckily we had security with us all night as it’s *not* the most pleasant of areas on a Saturday night. By the time Sunday morning came around we were all extremely tired, slightly damp and more than ready for our wristbands. The premiere itself was cordoned off into 5 pens – two #TeamIronMan – two #TeamCap and then the balcony area upstairs.

Now even though I am 90% #TeamCap I chose pen A – which was on #TeamIronMan‘s side. This was because the spot we wanted on the barrier happened to be there. We were aiming for the base of the escalator as we had fab luck there at the Avengers Age of Ultron premiere in 2015.

Whilst we were around the late 30’s in the main queue, because of this splitting up we ended up with super low numbers for the pens, pretty much guaranteeing we would get our spot! 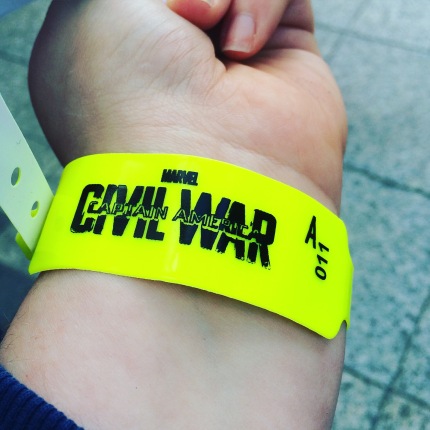 END_OF_DOCUMENT_TOKEN_TO_BE_REPLACED

A two week look back this week – as I have no idea what I did last Monday, but blogging clearly wasn’t one of them

Last weekend the ladies and I went on a flying visit to Hamburg to support our friend Nancy in her first marathon. We had kept this plan secret for months and aimed to surprise her at the airport as our flight landed before hers.

We failed. She somehow managed to slip past us at arrivals and got halfway to Hamburg city centre before we messaged her and she came back to get us!

Either way she was surprised and very happy that we were there. We looked after her and dropped her off at the start of the marathon before exploring a bit of Hamburg. 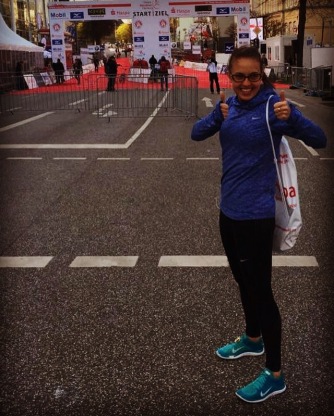 END_OF_DOCUMENT_TOKEN_TO_BE_REPLACED

I got up to the middle of last week, then I was SO busy that I just couldn’t.

But at least I tried.

Star Wars Episode VII The Force Awakens happened. No seriously, my entire week pretty much revolved around that film. Meeting the stars, Watching the film, talking about the film, watching it again, listening to the score…

I am going to do a full post about the premiere in a few more days. I want to talk about the film so I am giving people as much time to see it as I can so I don’t spoil it for them.

But safe to say  I loved it. It was everything I wanted and more. 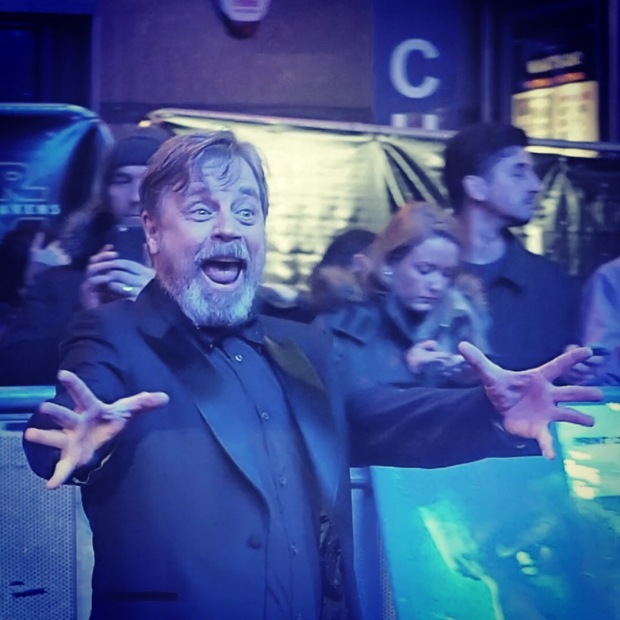 END_OF_DOCUMENT_TOKEN_TO_BE_REPLACED

I can’t believe its 10 days till Christmas. It only seems like yesterday that it was December 1st and tomorrow is the 16th ( and Star Wars Premiere day too)

I go back to Norfolk next Tuesday as soon as I am done with work.

I might need to spend a day in Norwich, which will not be pleasant but there are a few presents that I still need to get. Dad is done and my brother is almost there, but my Mum on the other hand…. I have no idea. I might even see if I can get her to come shopping with me to get some clues.

The main thing I am looking forward to when home is (apart from hanging with the family) is just doing not a lot and eating ALL the cheese and crackers.

I cannot wait to go to the Waitrose cheese counter to buy the smelliest cheese imaginable. And some wine.

END_OF_DOCUMENT_TOKEN_TO_BE_REPLACED 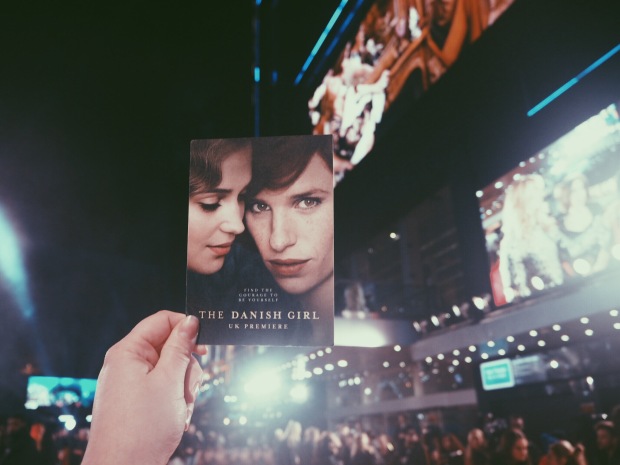 Anyone who knows me is aware that I have been attending film premieres in London ever since I moved to London in 2007.

Well, when I say attending film premieres I mean I have been at the red carpet barrier taking photos. There have been hundreds of competitions and chances to walk the carpet and watch the film, and I have never won any of them.

Until this weekend! I entered a competition on Instagram ( @amzh87 fyi) through Universal Studios and won two tickets to the UK premiere of The Danish Girl.

END_OF_DOCUMENT_TOKEN_TO_BE_REPLACED

According to Facebook time hop, it is two years to the day since the Thor: The Dark World Premiere in London’s Leicester Square.

So what better post to write than a Throwback Thorsday.

This premiere was one that I was not expecting to be very successful at. On the day itself I was at work till 11am, only around the corner from Leicester Sq thankfully, but I still arrived so much later than I usually would have done. I was 111th in line ( the things that stick in my memory…)

The queue looped around Leicester Square and was very excitable. By then I was not expecting to get a barrier place, and as a short person that can be an issue, but I was pretty confident that I would be second row and just decided to go with the flow.

Security called us up to the barrier in groups of 50 so I did end up in the second row, but I was on a bend in the carpet so able to get more chances to take photos.

I was also opposite the stage!

Part of the premier was a cosplay competition, with the winner getting the chance to go in and see the film. There were A LOT of Loki’s. Besuited Loki’s, Horned Loki’s, Jotunn Loki’s, the list was endless. The best of the best were put into their own pen to be pulled up on stage at a later time and be judged by the man himself – Tom Hiddleston. 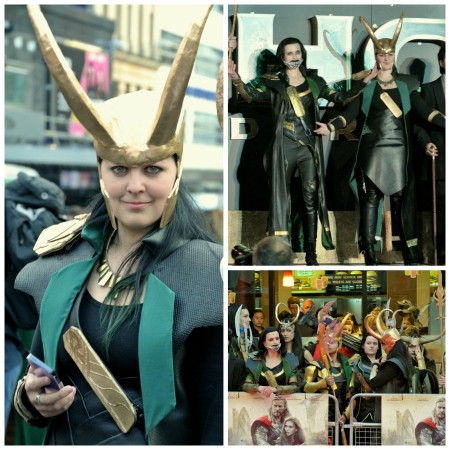 Whilst the final touches were being made to the carpet we had the usual awkward pre-premiere entertainment.

Although this time it was a little more interesting than usual. 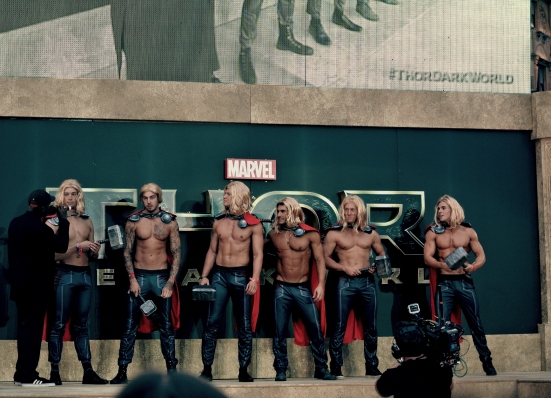 The stars started to arrive around 6pm. The atmosphere was electric, the crowds were screaming and the cameras were flashing.

Tom Hiddleston bounced onto the carpet in his usual energetic fashion and dived straight into signing and talking to his fans. 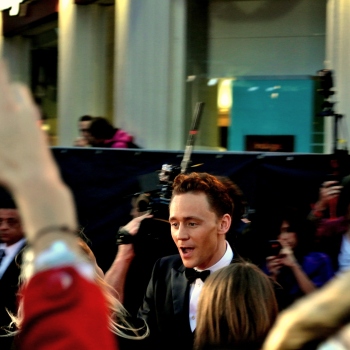 END_OF_DOCUMENT_TOKEN_TO_BE_REPLACED

Desperately Seeking Something…
Create a free website or blog at WordPress.com.