Last week was both uneventful and super eventful at the same time. The days I did nothing, I TRULY did nothing, just work. But on my busy days I was very busy.

On Monday I hit the Post Office festive queue to get my mail out before all the deadlines start hitting.I had some cards going out all over the world and parcel on the way to Italy.

Over the weekend I was lucky enough to win a competition for two tickets to The Danish Girl Premiere in Leicester Square. I wrote a full post about it HERE – feel free to have a read. 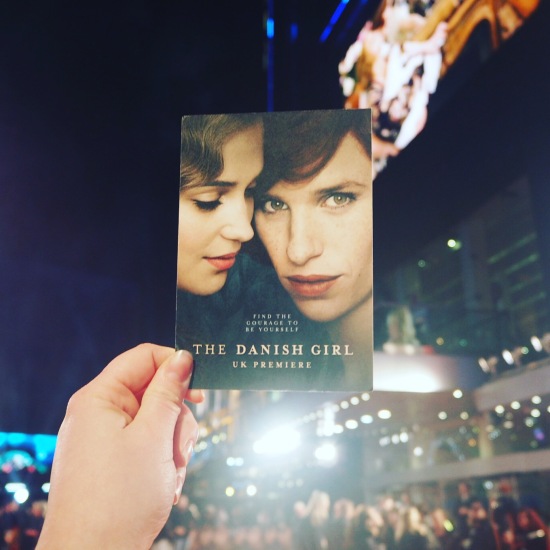 Safe to say it was an amazing experience to finally walk the carpet, and the film itself was a very emotionally moving real life story that I recommend when it is released on January 1st.

The rest of the week I didn’t really do much, just worked and went to the gym. I am done with the super dark mornings now. I am ready for it to start getting lighter so it’s not as hard to drag myself out of bed for my inevitable fitness binge that will happen in January. I already gym at least 2-3 times a week. I am sure for at least a month that will go up a tad.

On Saturday I had a lot to do before meeting up with the girls for our Christmas dinner. I had some Christmas shopping to do to help me get ideas for what to buy for the family. I had so much regret about being in Covent Garden on a Saturday it made me so ANGRY. Proper tourist rage!

The main reason I went in early was to get a chance to look around the Levison Wood/Rosamond Lloyd Visions Of Africa Exhibition at La Galleria on Pall Mall. Even though it was right next to work, today was the only day I could go. I am going to do a write up about this tomorrow so keep your eyes peeled. 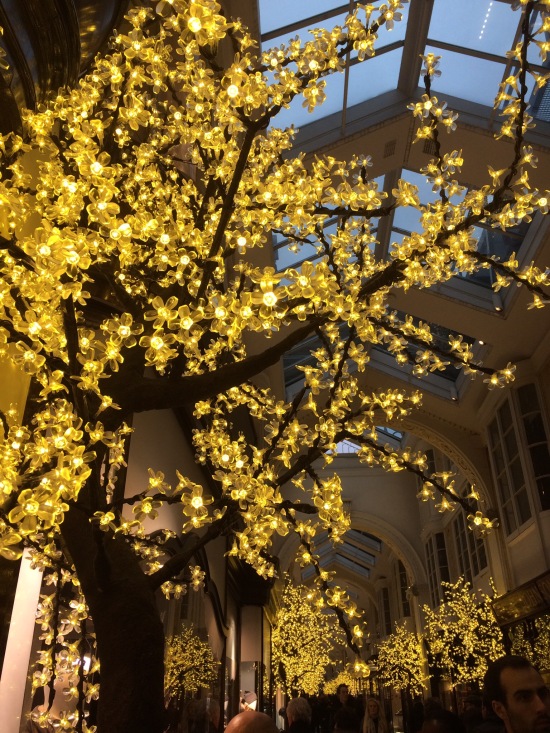 To calm down all my Christmas/Saturday shoppers rage I walked through Burlington Arcade and down Old and New Bond street to look at all the gorgeous Christmas decorations on all the expensive shops. Especially the Cartier Store, which was adorned with a giant red ribbon. There were carol singers and small choirs outside many of the shops and even though it was still busy it was much more relaxing than Covent Garden.

Maybe one Christmas I will be able to shop in those stores. But for now they still have a certain magic just walking past them.

With the release of Star Wars The Force Awakens this coming Thursday (squeeeeee) The Halcyon Gallery had an exhibition that featured six  unique Star Wars artworks by Stan Lee. They were huge and took up a lot of wall space. And would look amazing in my future house. 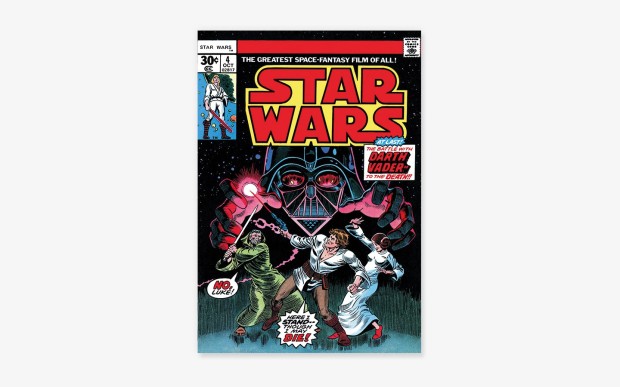 “The Marvel Star Wars comic series, published between 1977-1986, was the first official comic book adaption of Star Wars and proved a phenomenal success.”

They had people in costume wandering around the gallery too, I couldn’t resist a picture with Darth Vader.

By now it was time to head to Dirty Martini for a few happy hour drinks before heading to J Sheeky’s on St Martins Court. Whenever I go to Dirty Martini I always start the night off with a dirty gin martini – it would be rude not too.

Once we had all gathered we walked to Sheekeys and had a lovely time over amazing food, wine and champagne. As it was a special occasion we sat in the main restaurant instead of our usual haunt of the Oyster Bar. That said I still had shrimp & bacon Croquettes with the fish pie for main. There was no room for desert.

After failing to really win anything at the Hippodrome Casino ( practice for Vegas obviously) we finished the night with a cocktail and sat outside the new TGI Fridays in Leicester Square.  We tried to blow up the balloons without a pump and were very unsuccessful. This is Nancy and I. Bex and Mo would probably kill me if I put their photo up. 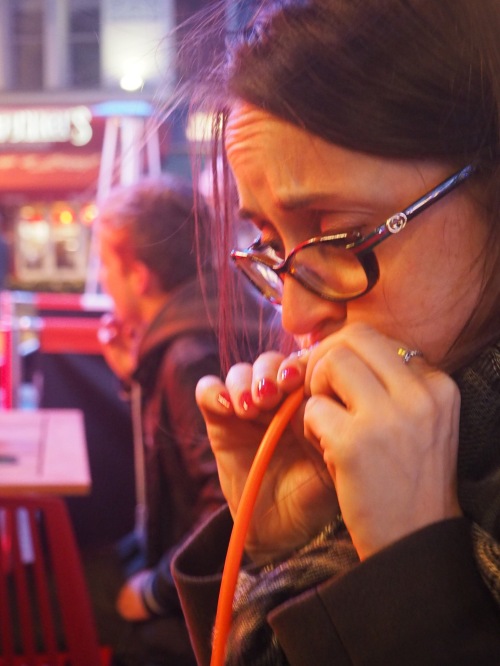 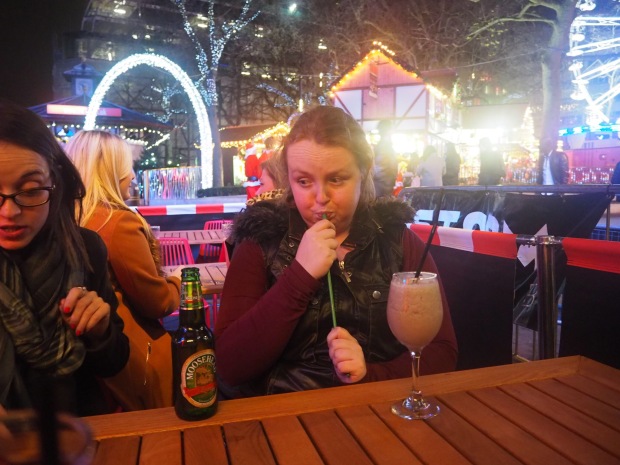 Mo and I had alcoholic Oreo milkshakes. They were delicious.

Tonight I will watch Episode V, tomorrow VI and on Wednesday at Midnight –  Episode VII – The Force Awakens.

Snow Update – Why do I even bother….