One of my new year resolutions is to cook more.

So when I saw that one of my favourite youtube channels Sorted Food and Tesco were looking for people to take part in their Food Firsts Challenge, I thought why not. 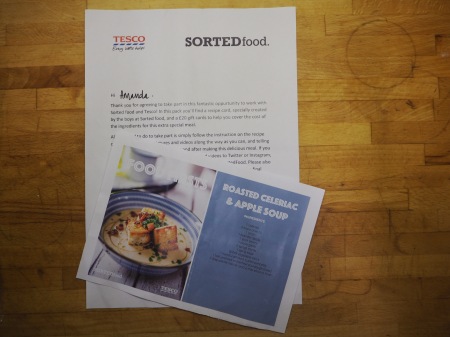 One week later a recipe arrived in the post with a nice letter and a gift card to buy the ingredients.

On Sunday we hit up Tesco and in the evening  – I cooked.

For Roasted Celeriac and Apple Soup you need… 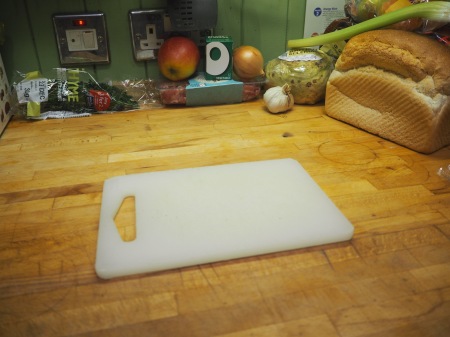 I kept notes as I was making this recipe – which I will intersperse between the actual directions!

(why does a celeriac resemble a brain? How do I peel you? WHY ARE YOU SO HARD TO DICE? Season well… salt and pepper right?)

(Right- back upstairs to watch Star Trek into Darkness and eat After Eights!)

When I came downstairs the kitchen smelt lovely, which is odd as I wouldn’t imagine celeriac to smell OF anything.

Chopping apple and onions was much easier and quicker than the flipping rock solid celeriac. I fried them all then chucked my NOT BURNT celeriac into the deep pan with the stock and let it simmer. This was all very fast and a little messy so not many pictures were taken of the process. I have written down the phrase *it’s all going worryingly well* on my scrap paper I was using… that shows just how confident I am when it comes to cooking. 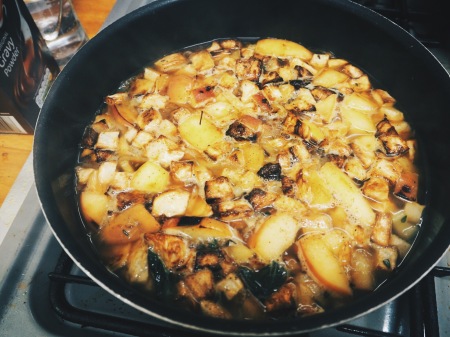 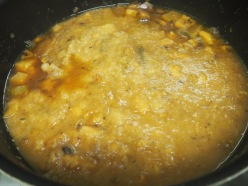 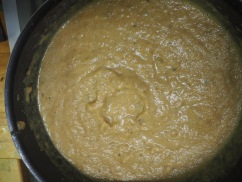 I DIDN’T BURN THE CROUTONS. In fact, I didn’t burn anything! frying the pancetta was basically like cooking bacon, so no burning there either.

Blending it all up was fun. Messy fun. We only have a little hand blender so it got extremely messy. Due to the heat of the soup, I was also a bit worried about actually melting the blender too. But honestly nothing went wrong, and I am shocked about this too!

And it tasted good. Very sweet, which I was not expecting but really substantial and creamy too. I had some then and packed the rest for my lunch on Monday and Tuesday.

Even my house mates liked it too! Well, they SAID they did and that’s what counts right!

So there you have it! A successful cooking experiment that has boosted my confidence. Who knows what I’ll be throwing together next year!

Thank you to Sorted Food and Tesco for letting me get involved too, it was a lot of fun!!!