At the end of November I decided to sleep outside for two nights. With no tent.
In Leicester Square, Central London.
For those of you who know me in real life, you know that’s not the longest I have slept outside for a premiere. I realise how mad I am, but I kind of enjoy the adventure. And as this was the last Middle Earth related premiere, it was now or never.
It was cold, I got very little sleep, but I did get wristband number 17. Out of 2000+ 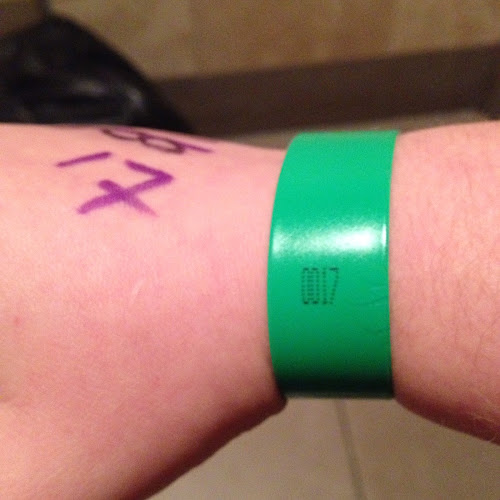 So not bad going really.
Early Monday December 1st we all piled back into Leicester Square, got in number order, and waited.
And waited some more.
Eventually we were let into the ‘pens’. I do hate that word but in all honesty it is the best way to describe them. 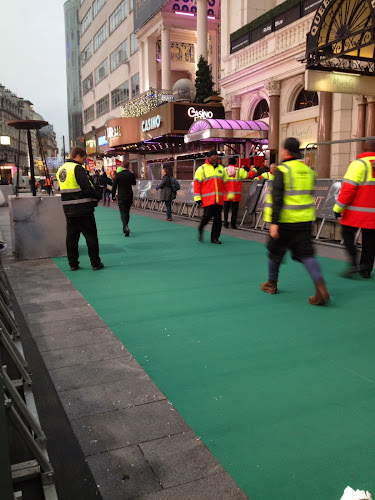 Once we got our prime ‘Red Carpet’ spot we waited some more. It got dark. They lit the flaming torches, and we passed the time by getting the press to touch the tongue of the girl who had the most amazing Smaug cosplay I have ever seen. (the tongue of the dragon btw, not HER tongue, that would be all kinds of nasty!)
The following pictures of some of many I took that night.
Some are screen grabs of footage I filmed, some are photos.
I am not on my computer at the moment so will add some more later, especially of the Smaug Cosplay, and her getting it signed by Benedict Cumberbatch.

The man himself – Martin Freeman.

Eveangeline Lilly – who came out a strange shade of orange in this photo hence the B+W.

EEEEEE!!! Orlando Bloom. 12 year old me would have died being this close to him, this is not zoomed – he really was that close.

Aidan Turner aka Kili. You know, one of the ‘hot’ dwarves.

This was the only picture I got taken with any of the actors, I don’t normally do them very often, partly because I look like I have been queuing for hours, (which I normally have been tbh) but mainly because I am focusing on my own photography, and everyone passes by so fast.

That said this time round I did go for some autographs, but I will never do that again, because I can’t juggle my camera and the thing I want signed very well.

Which is why the map is upside-down.

The entire experience was worth it, and thats what matters most.

That said, I would love to talk to Warner Brothers about the way they organise premières. It was a shambles, and my inner event management student was screaming at the mess they made of it. Do not announce very important details about a one off event that people are travelling in from all over the world for at 4pm, two days before said event. There were a lot of very disappointed and angry fans who had arranged travel months in advance.

But hey. If they want to hire me to help plan premières they can!

One thought on “The Hobbit – Battle Of the Five Armies World Premiere.”