We kick off this week with a look back at 2012’s Frozen Carpet… Oh sorry, I mean Red Carpet.

We all arrived early Saturday morning, this year we were joined by Beckie, another girl called Sam and our Sam’s cousin. We passed the time in the queue a lot quicker as my friend Bex was using this opportunity to film a documentary for her final university project. The weeks leading up to the BAFTA’s she had got all the correct permissions and had even gone to BAFTA to interview some of the people who organise the awards. On these two days she would be getting footage of the crowds and interviewing the fans.

Due to there being a matinee at The Theatre Royal Drury Lane, we got moved away for a while so we weren’t a hazard. Some people kicked off, and the theatre staff just said there thing and left, but we understood what the issue was and was able to explain it to the rest of the queue. Because of our cooperation we were allowed to keep our front spot and to tell newcomers to the queue the situation and what time to come back.

Once the evening show had ended and people got back into the order they arrived ( which surprisingly did happen) we all settled in for the night. AND boy was it a cold night. At one point someone checked online and it said -5!! Around 3am someone down our end of the queue checked the news and discovered that Whitney Houston had died and I kid you not… the entire queue started singing “I Will Alway Love You”. A singalong at -5 degrees. Thats what happens in overnight queues for red carpets.

By the time security arrived to hand out the wristbands Bex and her team were back to film some more footage. The company who set up the red carpet were so helpful, ensuring that there were no other logos or anything that shouldn’t be in the background of shots. Bex got what she needed, and explained what footage she wanted from me if I could. A few cups of tea later and it was time to take our position on the barriers. Being wristband number 4 meant that we could grab our favourite spot again. 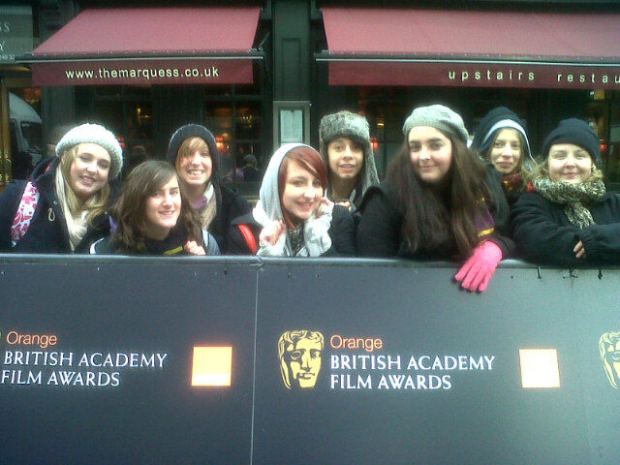 Can you tell it’s cold?

First up in the dying light was Jessica Chastain, nominated for Best Supporting Actress in The Help.

Eddie Redmayne walked the carpet in another *or is it the same* velvet suit.

Eddie was followed by a freezing George Clooney, who kept telling us that he was so cold, and couldn’t believe we were out there, that we must be freezing.

Yes. Yes we were! 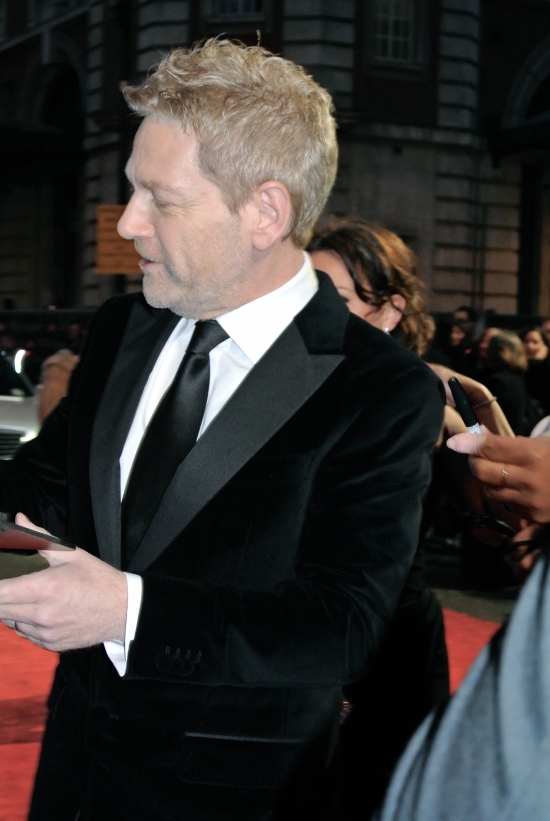 Velvet suits were apparently the thing in 2012. As well as Eddie, Kenneth Branagh and Tom Hiddleston were wearing them too. 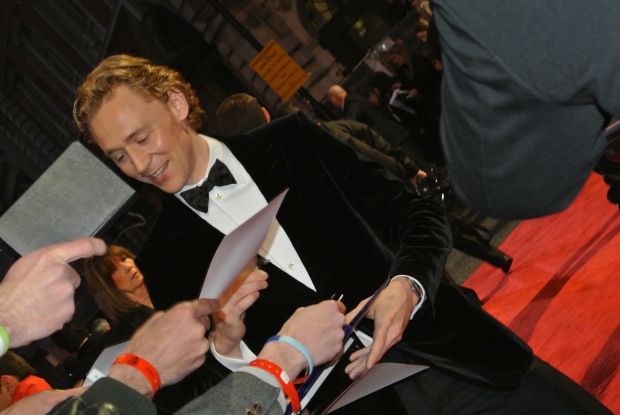 Richard E.Grant did the sensible thing and kept his coat on.

John Hurt added a warm scarf to his too.

He was there to be recognised for a lifetime of Outstanding British Contribution to Cinema. As someone who appears in so many of my favourite films and tv shows, it really was an honour to even just briefly meet him. 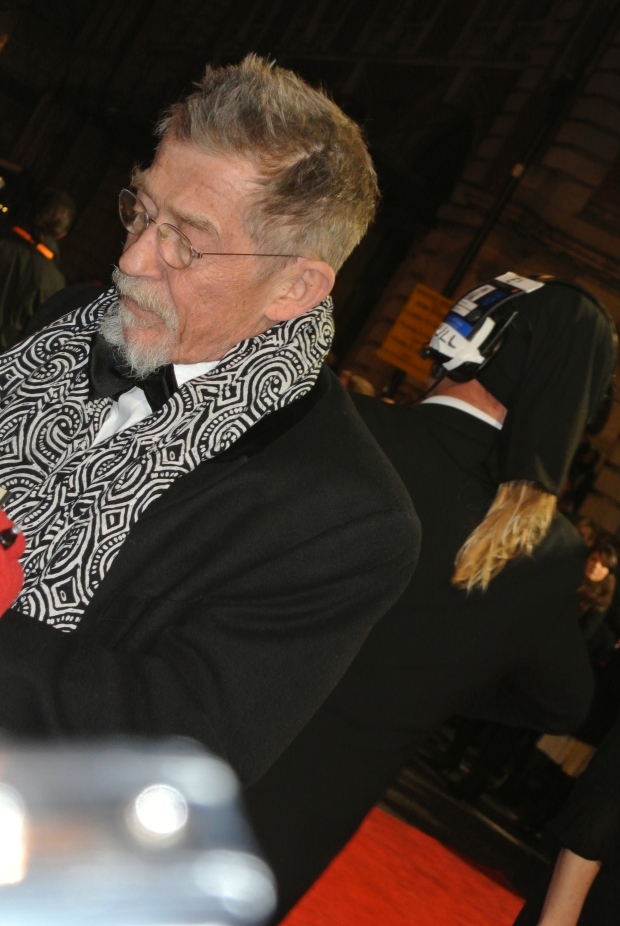 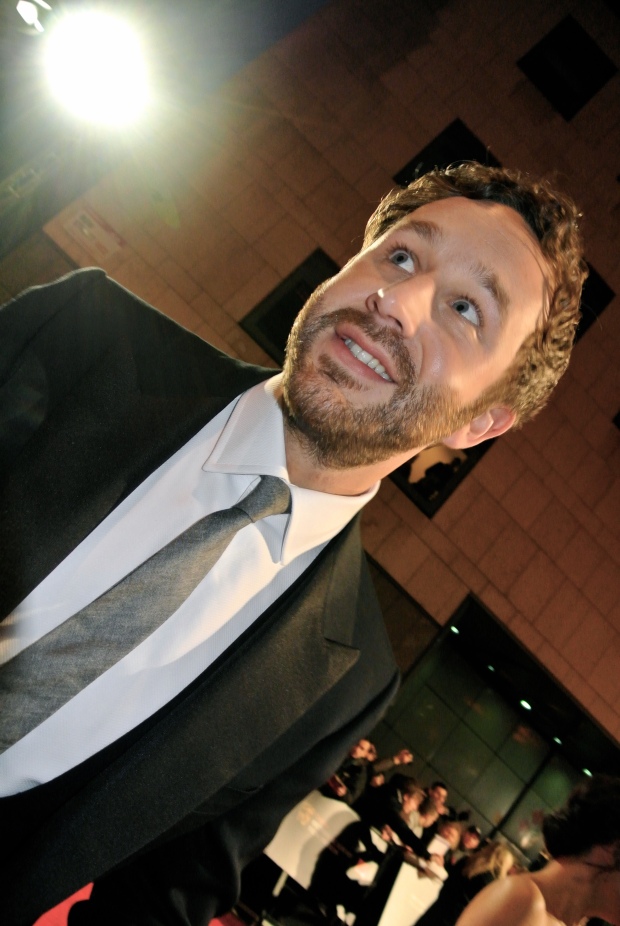 As I am writing this post, I can’t believe that Skyfall was that long ago. Ralph Fiennes and Naomie Harris were lovely and chatty as they signed on the carpet.

They were then followed by the fantastic Judi Dench, who I have been lucky enough to see on stage in Peter and Alice and The Winters Tale. 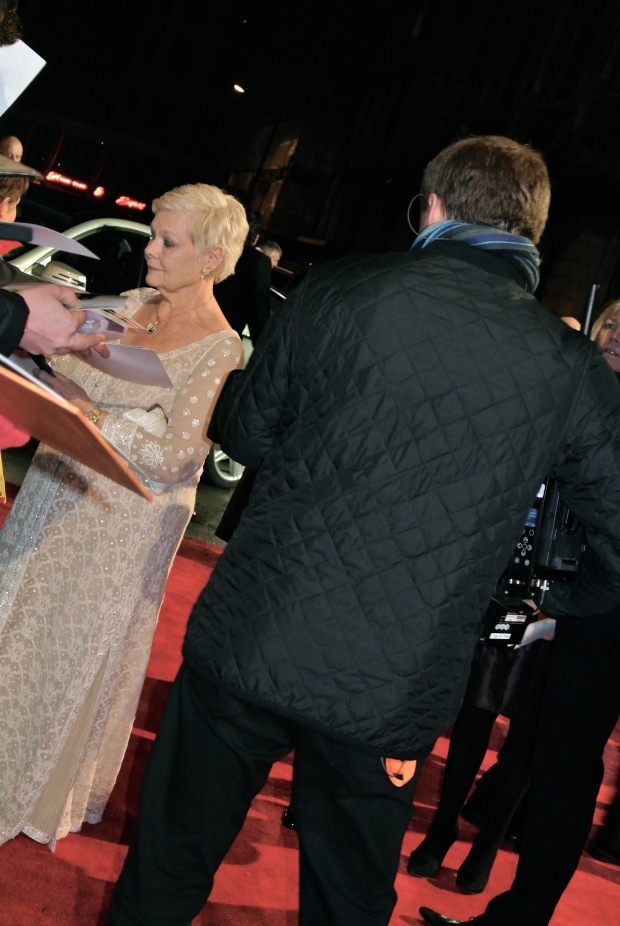 I have an awful selfie with Jon Hamm, instead you can see this picture. This was still when I was trying out selfies. It’s safe to say I cannot pull them off when I have been outside more than 24 hours.

Jon Hamm was followed by a dapper Gary Oldman who was nominated for Leading Actor.

By now we were sure that the carpet must be wrapping up. But Christina Hendricks and Christina Ricci arrived, and so did many more!

Tilda Swinton was nominated for Leading Actress in We Need to Talk About Kevin.

She was  followed by hair twins Chris Hemsworth and Brad Pitt. When skimming through my photos earlier I had to stop to actually check who was who. 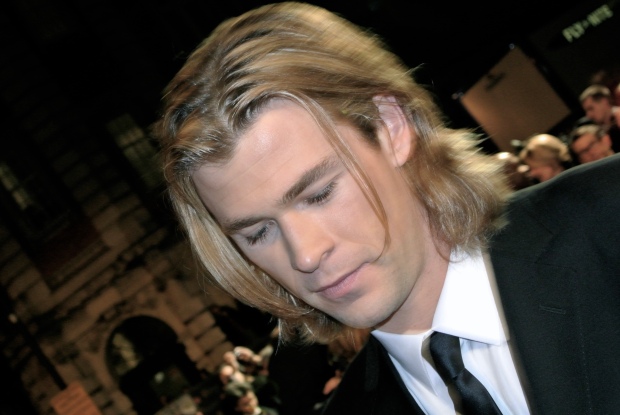 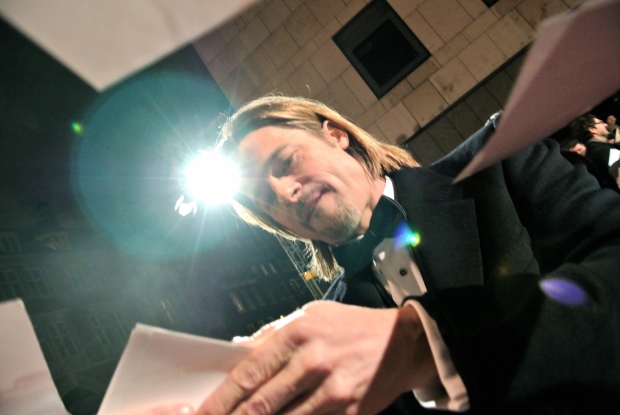 Kristen Wiig was presenting an award. 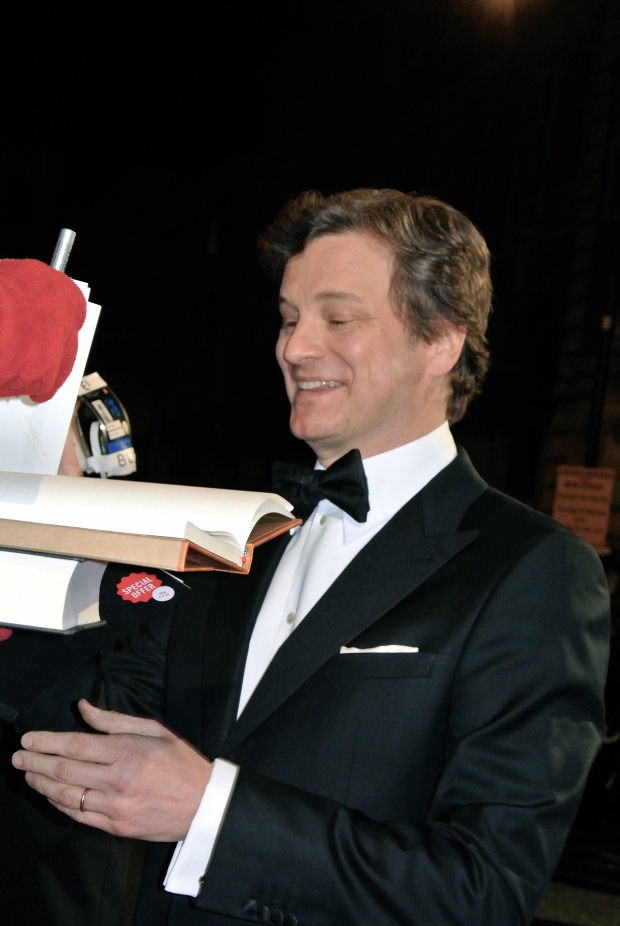 Leading Actress nominee Michelle Williams for My Week With Marilyn. 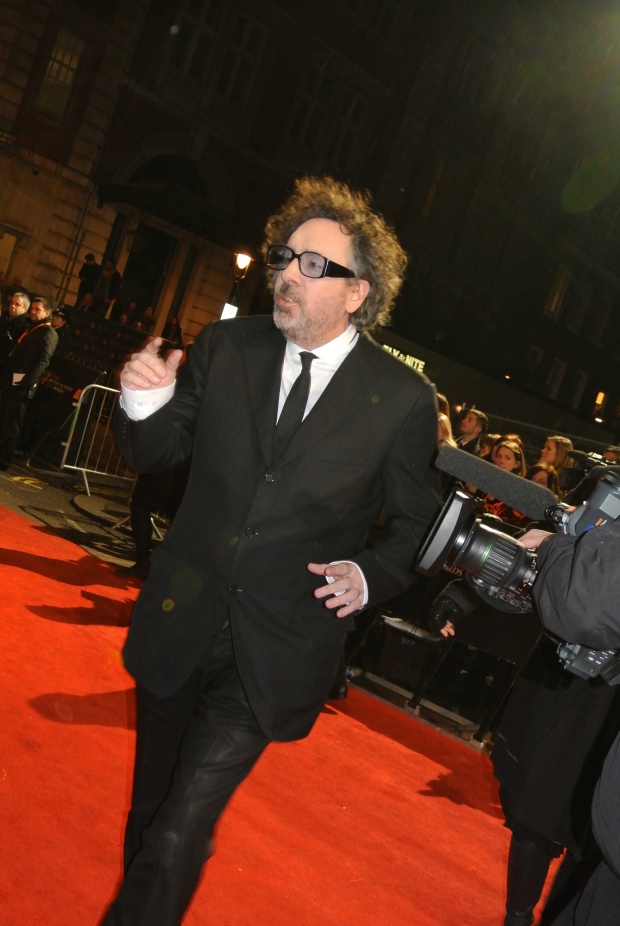 Even though Tim Burton and Helena Bonham Carter seemed to be running late they still popped over and signed for us. That is one of the advantages of our little spot.

You made it through the super heavy photo post. As you can tell I had a new camera – a Nikon 1 and whilst my photo’s we still super wonky, which I seemed to like at the time, they were much better quality. The camera was much easier to handle in cramped conditions and I didn’t have to keep checking it was working properly.

By the end of the night we were all so cold that after filming a tiny post red carpet section with Bex we all went home, bundled up under all the duvets and watched the awards on tv.

If I can find a link to Bex’s work I will put it here! ( it may go up a few days after this post but I will let you know!)

Another misty morning.... is winter finally here? #mistymorning #goodmorning #foggymorning #canopy #treeline #woodland #nature #sheringhampark #landscape #horizon #fog #norfolk #norfolkbloggers #norfolkblogger #eastanglia #eagrammers
I’ve been back two days and it feels like a lifetime ago. Already making plans to go back! I’m sure @mosiemo80 needs no persuading 😂#newyork #newyorkcity #skyline #horizon #cityscape #cityphotography #longweekend #citybreak #girlswhotravel #dametraveler #travelblogger #holidayswithfriends #exploretheworld #weekendholiday #newyorkskyline
There was a time when I never left home without a book in my bag, but in the last year reading seems to have fallen by the wayside. I have a pile of books next to my bed that I have been meaning to find time for, so that’s what I’ll do this year. Read more books. And re-read some too. Starting with a re-read of Artemis. Because we are going to the moon soon, right? #readmorebooks #bookstagram #readmore #artemis #andyweir #relaxmore #happynewyear #booksofig #bookstagrammer #readingcorner #bookshelf #norfolkbloggers #norfolkblogger #eagrammers #igersnorfolk
So far today I’ve had to try and unblock toilets with a big stick (and fail at the task) & empty 2 full dog poop bins. I think I deserve a massive hot chocolate! Trying hard not to lose the Christmas spirit. How’s your Friday going? #hotchocolate #cupinframe #hotdrinks #work #worklife #backtowork #postchristmasblues #getoutside