This is from the Harry Potter and the Half Blood Prince Premier last summer. I think it practically sums up what that day was like, and yet makes me smile to see how the cast just dealt with it.

This is from December – I took my dad to see Alsion Moyet in concert and it was amazing. She is someone who I have grown up listening to, and my dad loves her, so I couldn’t pass the chance to take him, and it was well worth it. Dad and I then listened to her greatest hits all the way home…. 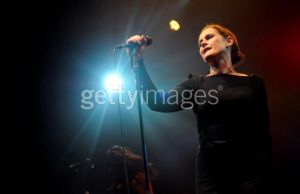 This is also from December, at the Sherlock Holmes premier. For some odd reason I spent the a lot of time in december watching Robert Donwney Jr films. This was the coldest premier I have ever been to and reslulted in me being quite ill afterwards… but this picture makes it worth it. 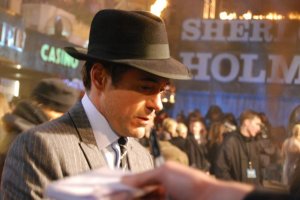 This is from one of the many memorable days spent with my best friend Bex this summer. Road trip to Alton Towers dressed as Mrs santa. It was a brilliant day, we got laughed at, cheered at and had lots of pictures taken of us. But we had fun, and thats that! 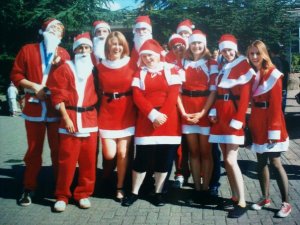 This is from the Propeller day trip to Cromer….
Victoria, Me, Emma and Charlie having an adventure like no other people could have, Shakespeare and the Sea!