The first post from my amazing trip to Australia is about a theatre show- which was actually one of the last things I did whilst out there. BUT this show finishes on Sunday 24th September so I wanted to post this before then just in case it tempts anyone in and around Brisbane to go! 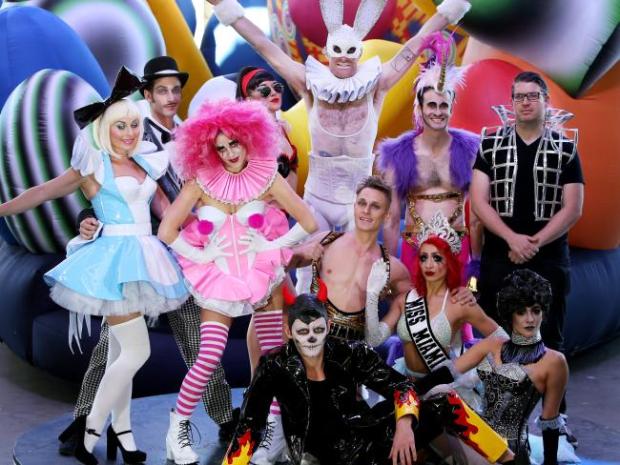 Fun House was created by Strut & Fret especially for this years Brisbane Festival. They are the same company who created “Limbo” and “Blanc de Blanc” ( both of which have been performed in the UK so fingers crossed for Fun House making the trip overseas.)

Fun House is a loud, bright joy filled extravaganza of a show that had me smiling from ear to ear and gasping at the same time! It has a soundtrack created by YouTuber DJ Pogo which will have you tapping your feet throughout.

The hilarious Spencer Novich and Trygve Wakenshaw take the audiences hand and lead them through the crazy chaotic performance. They introduce you to an eclectic mixture of characters –  who *quite literally* create a pop up world of fun in front of you. I have never seen so many bouncy castles in one place before!

Fun House is a *little* risqué for a family show- which is what it’s marketed as. But only in that way where younger children won’t understand and teenagers will probably be awkwardly fascinated – it’s a classic kind of bawdy! I had a family sitting next to me with children ranging from around 3/4 to teenagers – the whole family were laughing, and I think the littlest one was the most amazed of all!

The show is very eclectic and yet it flows wonderfully, interspersed with comic interludes and lovely character moments during set changes, as well as a brilliant moment with a forklift truck which almost seems like they used it as a temporary “fix” for a problem and decided to keep it –  And it works!

And that’s not even talking about the amazing *edge of your seat* work the performers do. They are from all over the world and work together seamlessly. You have tightrope walking, juggling, hula hooping, acrobatics, music, brilliant choreography and a *jaw dropping* trapeze act. Strut N Fret have brought together some insanely talented people and showcase their skills in a production that never loses its audience’s attention for a second!

The artists in Fun House were Adam O’Connor-McMahon, Andrea Murillo, Jessica Mews, Kyle Driggs, Laura New, Milena Straczynski, Spencer Novich, Trygve Wakenshaw, Uuve Jansson and Hampus Jansson – and all received a thundering round of applause at the end of the show.

As I said above- Fun House runs until Sunday 24th September at the South Bank Piazza. Tickets are available on the Brisbane Festival App as well as there website! I actually bought mine on the app as they do a fantastic offer where they have daily discounts on shows bookable between 12-3pm, often with up to 40% off. It’s well worth keeping an eye on the app as the shows on offer change daily. I was just very lucky to be able to use it to book this one! 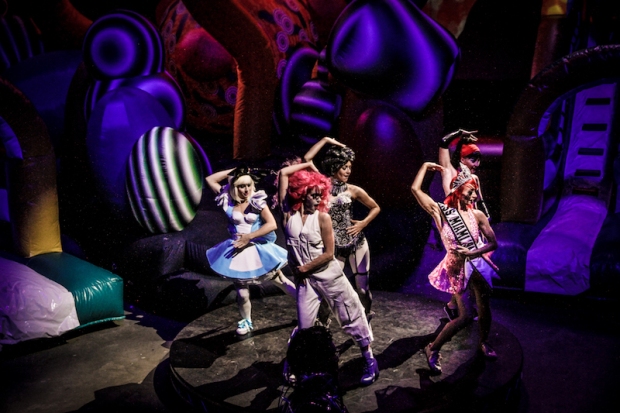 My resolution to see a much wider range of theatre this year is going well – especially when it comes to circus and cabaret! I feel I am being spoiled with the level of talent I have seen, and I can’t wait to see this production again should it come to London!

I hope this post reaches some people in Brisbane! Let me know in the comments below if you are reading this post from the other side of the world!

P.s – brace yourselves for all the posts about my 3 weeks in Queensland……